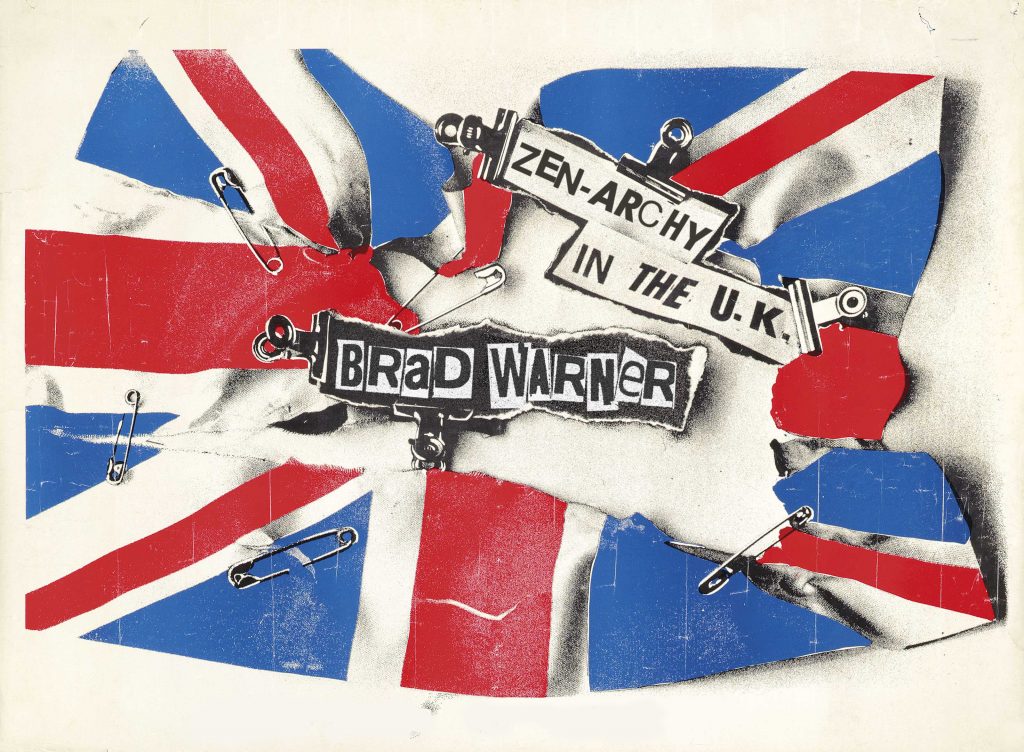 Zen Master , Punk Rock Bass Player and Author Brad Warner returns to Manchester to lead a one day workshop to talk about all things Zen.

Brad will be leading an afternoon workshop at One Yoga in Chorlton, answering all those questions you had about Zen but were afraid to ask. Brad will be elucidating on what it means to be called a Zen master and the burdens that tag brings. He will also be talking about modern problems that we all face and how to deal with them.

This is an opportunity to sit and be in the presence of a true Zen Master – NOT TO BE MISSED.

There’ll be both practice and Q&A sessions at this afternoon workshop.
For more info on Brad please see his website http://hardcorezen.info/

Please bring along a meditation cushion if you have one, alternatively you can bring something comfortable to sit on like a cushion or a pillow etc. There are a limited amount of Zafus (meditation cushions) at the studio so get there early if you need one.

Brad Warner is an ordained Zen Master (though he hates that term) in the Soto lineage founded in Japan by Master Dogen Zenji in the 13th century. He’s the bass player for the hardcore punk rock group 0DFx (aka Zero Defex) and the ex-vice president of the Los Angeles office of the company founded by the man who created Godzilla.

Brad was born in Hamilton, Ohio in 1964. In 1972, his family relocated to Nairobi, Kenya. When Brad returned to Wadsworth three years later, nothing about rural Ohio seemed quite the same anymore.

In 1982 Brad joined 0DFx. 0DFx caught the attention of a number of major bands on the hardcore punk scene. But they soon broke up leaving a single eighteen second burst of noise, titled Drop the A-Bomb On Me, as their only recorded legacy on a compilation album called P.E.A.C.E./War.

In 1993, Brad went to Japan to realize a childhood dream to actually work for the people who made low budget Japanese monster movies. To his own astonishment, he landed himself a job with one of Japan’s leading producers of man-in-a-rubber-dinosaur-costume giant monster movies.

Back in the early 80s, while still playing hardcore punk, Brad became involved in Zen Buddhism. The realistic, no bullshit philosophy reminded him of the attitude the punks took towards music. Once he got to Japan, he began studying the philosophy with an iconoclastic rebel Zen Master named Gudo Nishijima. After a few years, Nishijima decided to make Brad his successor as a teacher of Zen.

In 2003 he published his first book, “Hardcore Zen: Punk Rock, Monster Movies and the Truth About Reality.” In 2007 he followed that up with “Sit Down and Shut Up,” a punk-informed look at 13th century Zen Master Dogen. His third book is “Zen Wrapped in Karma Dipped in Chocolate. In 2010 Brad’s controversial book Sex Sin & Zen was published, followed by There is no God and He is always with you which was published in 2013. His latest book ‘Don’t be a Jerk’ was published in 2015.