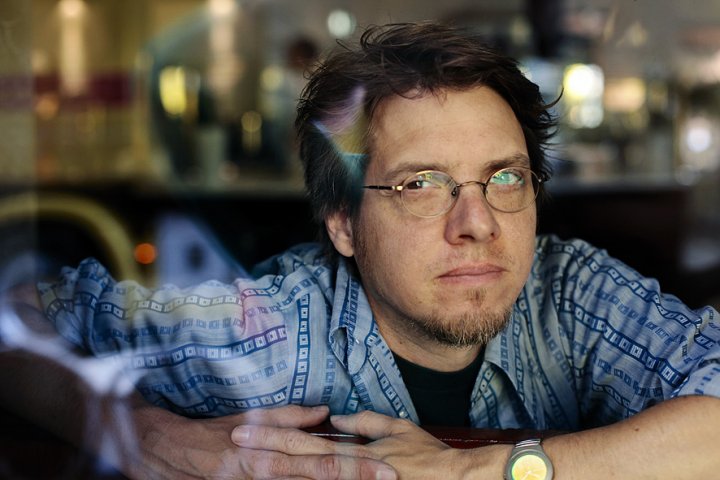 On Thursday 17th October, the enigma that is Brad Warner will be coming back to Manchester for an  ‘in conversation’ event. Brad will be talking to  musician/journalist/broadcaster, and TV talking head, John Robb. Brad will be talking about everything from the Dharma (the teachings of the Buddha) to the origins of punk rock!!

This is a unique opportunity to sit and to listen to one of the world’s leading contemporary Buddhist thinkers. John will be asking Brad about his struggle to put into practice the Dharma in modern day living. There will be a Q&A at the end of the evening, so please bring your questions with you! Plus, Brad will be thrashing out a couple of acoustic versions from his hardcore punk band’s new album!

Brad is the author of Hardcore Zen, Sit Down & Shut Up, Zen Wrapped in Karma Dipped in Chocolate, Sex, Sin and Zen and his latest book There is No God, and He is always with you. He began studying Zen in the early 80’s under Tim McCarthy, a student of Kobun Chino Roshi. Brad was ordained in the Soto School of Zen by Gudo Nishijima Roshi, co-translator of the only complete English edition of Dogen Zenji’s 12th century masterpiece Shobogenzo. Before moving to California, Brad taught Zazen classes and led retreats in Japan for several years. He now teaches and leads numerous retreats each year in the US, Canada, Europe and Japan. Brad is president of Dogen Sangha International.He is also the bass player with the punk rock band Zero DFX. John Robb is a renowned author and journalist, having written best sellers Stone Roses And The Resurrection Of British Pop and Punk Rock: An Oral History. John is also the front man for The Membranes and Goldblade, who are currently touring Europe. John also runs award-winning music website, Louderthanwar.

Whether you are a fan of Brad Warner or John Robb’s, or whether you simply have a passing interest towards Buddhism, meditation (or punk rock)! There will be something here for everyone.

Tickets for this very special event are £8 and available via this link  or from Chris at Chorlton Irish Club.

The ‘In Conversation’ event with Brad Warner is a joint promotion with Bop Local.

Brad will also be leading a 2 day Zen retreat with our friends at Hebden Bridge Zen Centre October 18-20 – full details on this link.