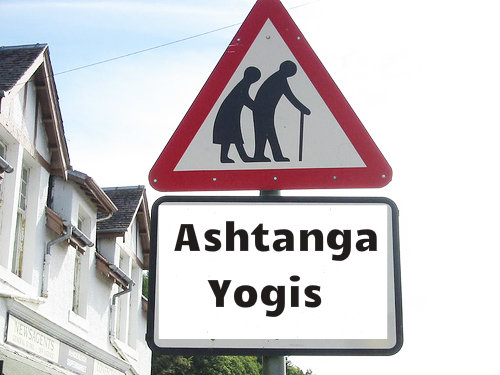 Just last week I hooked up with an old mate from my nightclubbing days – he too is now living in London and like me has been through his fair share of ‘dark nights of the soul’ Anyways we decided we would meet up to ‘do lunch’ which is what forty year blokes do these days and we met up in some hip veggie restaurant in Covent Garden (darling!) It was one of those food gaffs that make you pay by the weight of your food and because it’s London it seems the scales default setting is £expensive – I never knew lettuce leaves weighed so much.

So as we were sitting down to talk about the good/bad old days a lady friend of my pal called us over to say hello. We were all introduced, my mate took it upon himself to introduce me as Yoga Matt – like I’ve not heard that one a bazillion times, but he thought it was hilarious. The lady friend was also a Yoga teacher and asked me what type of Yoga was it I taught. Now anyone who teaches Yoga knows this kinda question ‘What type of Yoga do you teach’ is always going to be a loaded one – usually because the enquirer won’t be teaching the same style as you and of course they always have an opinion about your particular brand of Yoga. And my friend’s lady friend didn’t disappoint.

‘I’m an Ashtanga teacher’ I said with a big smile on my face. After all I owe Ashtanga a huge debt for putting some light into my own dark nights of the soul, so teaching it gives me nothing but joy.

‘Ah Ashtanga – the injury Yoga’ came the reply, which was met by own stunned silence. I actually thought she may have been pulling my leg and she was some kind of comic whose genius lies in the ability to pause for a few awkward moments before they utter the punch line. But there was no punch line forth coming and the stunned silence turned into an awkward one , so I hit her with the social cliché  that one utters in these uncomfortable moments  ‘well it was lovely to meet you’ and went and sat down to eat my expensive lettuce leaves before I lost my appetite.

My mate and I laughed about the irony that we were ‘doing lunch’ rather than ‘doing’ more nefarious substances like we had done in our sordid pasts. I tried to let the Ashtanga Injury Yoga comment go , but I couldn’t. I really wanted to finish up my lunch and nip back over to my fellow Yogi’s table and explain that Ashtanga Yoga doesn’t injure anybody , but in fact it’s the practitioner’s ego that’s the main problem. The ego that says ‘yes I can get into that posture’ or ‘no I don’t need to modify this one’ – you get my point no ? People do not like to admit this to themselves and don’t want to take responsibility for their actions – so if an injury occurs whilst practicing Ashtanga (or any other form of Yoga )  the fault is of course nothing to do with the practitioner and everything to do with the Yoga practice – which is of course absolutely ridiculous.

I mean I know Ashtanga Yoga has been (wrongly) tagged as ‘the strong yoga’ sometimes I get comments from students like ‘isn’t that the fast one that Madonna does, I don’t fancy that it looks too hard’. I actually blame whoever came up with the term ‘Power Yoga’, which Ashtanga Yoga got rebranded with in the eighties. Let me just say this Ashtanga will not give you an injury if you practice it correctly – only you or perhaps only your ego will make that injury happen. Ashtanga isn’t power yoga – if you want to practice the sequence ‘powerfully’ without paying attention to appropriate variations for your own body shape then you must take responsibility for whatever happens.

I think the root of the problem lies in the macrocosm of what most of us (me included) do in our lives, where we don’t engage directly with the world but engage only with our thoughts about the world. And similarly in the microcosm of a Yoga practice we are not engaging with practice but our thoughts (ego) about the practice. The thoughts that say ‘of course I can get my leg behind my head….SNAP!’

The Patanjali Yoga Mat – the best Yoga Mat in the world ! By Matt Ryan

Is Yoga the Digital Detox of the Mind ?