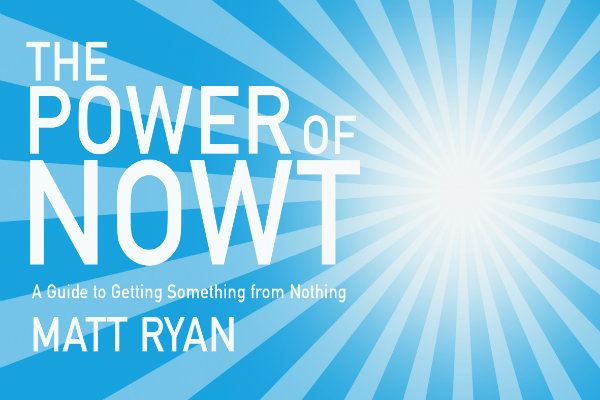 Ok I’ll ‘fess up here. I’ve written about this subject before many times, but it’s a theme that crops up again and again in both my yoga & meditation practices. My crazy Zen teacher Brad Warner wrote about it very eloquently in a recent blog post which made me want to reiterate the point–more for myself than anyone else. I guess the ‘theme’ can be boiled down to one word.. ..Expectations. What is the criteria that fulfils our expectations from practice? Be it to become strong fit and flexible from yoga asana or perhaps we use meditation to become more mindful, chilled out or even to achieve enlightenment whatever the hell that is, we all start or continue with these disciplines for a reason. My own reasons for starting yoga (and meditation) were all mind based but I did have expectations that these practices were going to ‘fix’ my mind. And just for the record here I continue to have expectations as much as the next person.

But as I mentioned in a previous blog what the hell happens when your practices aint ticking your expectation boxes?  Where do you go from there? Do you pack it in? Do you keep going until your donkey & carrot expectations are fulfilled in a never ending chasing your tail ‘kinda way?

I guess for myself I only truly understood about expectations when I started to do this Zazen thang (Zazen is the ‘Zen’ Buddhist form of meditation). There are actually a few different methods of ‘Zazen’, and the one I practice is called shikantaza (pronounced she-can-tar-za) which literally means ‘just sitting’. In shikantaza all we are doing is just sitting up straight on a ‘zafu’ (meditation cushion) in full lotus, half-lotus or with cross legs with eyes open looking at a wall (I’ll elaborate the wall thing in another blog) . So there’s no counting breaths or reciting mantras or any other similar methods that one would do in other meditation practices. When one does shikantaza you’re not trying to get anywhere or achieve anything which is probably the complete antithesis of everything you’ve been taught and begs the question ‘why on earth would you want to sit and stare at a wall for 40 minutes a day if it’s not actually doing anything’? And believe you me that particular question does crop up a bazillion times when I’m sitting. When I ask Brad how to deal with this endless questioning by my mind his answer is always the same. ‘Just sit Matt’ he says. ‘Ah ok, thanks’ I would reply. End of lesson. Just sit!

Now in Yoga asana there are obvious tangible benefits when you start practicing. After a while maybe you can touch your toes (or even see your toes), your shoulders and hips feel looser and usually there is a general feeling of well-being after your yoga practice. But in my own experience these benefits start to become less obvious after a while, I mean I’m fairly flexible now and there’s a chunk of yoga postures in the Ashtanga practice that I can’t do and probably never will be able to , and sometimes my mind is as messy as it was before I had practiced that day. So rather than beat myself up about it I heed Brad’s words about sitting and apply it to yoga – I just practice. There’s something very powerful in the ability to do something ‘just for the sake of doing it’, to achieve nothing in particular, without any grand mental or physical expectations. Nothing (or the northern colloquialism ‘Nowt’) is where it’s at, man!

There is a fly in this expectation less ointment though. How can you stop the mind expecting? And here’s the secret answer that I am giving you for FREE that other Yoga/Meditation snake charmers might charge you the earth for. You can’t. Really it’s that simple. As I mentioned before your mind literally has a mind of its own. Its job is to think. What it thinks you have absolutely no control over what’s so ever and therein lies the problem, we think we can control the mind but the reality is we can’t – so why bother trying! What we can do is not react to our endless cycle of mundane incessant questions the mind conjures up. My body is still stiff and I’ve been practicing yoga for 5 and a half weeks now  , I can’t get my leg(s) behind my head , my practice doesn’t feel as good as it did last week and on and on it goes. So rather than have answers for these questions or even trying to fulfill the expectations you just carry on doing your practice and accept that it’s just the mind carrying on with itself. As Brad says ‘A big part of doing shikantaza practice is learning how to be OK with your thoughts being completely out of control’. And it’s the same with Yoga asana too. Both these practices for me are the same thing – as Yoga teacher David Williams says ‘Yoga & Meditation are synonyms’.

So next time you come to one of my classes and you ask me why you can’t get your leg behind your head or why you can’t touch your toes I’ll most likely tell you to not worry too much and ‘just practice’. 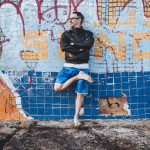 A month with my teacher by Matt Ryan.