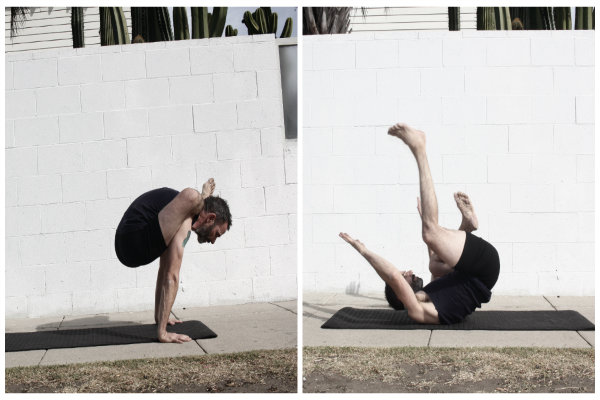 If you ever strike it lucky and manage to get yourself booked into the shala in Mysore, South India – which to be honest is becoming harder and harder these days it’s a real lottery if you get accepted or not ( in fact it’s probably easier to win the bloody lottery) you will have to adhere to the Shala’s codes of practice. Which if you don’t know go something like this ..

Everyone and I mean everyone (including yoga celebs like Kino MacGregor and Eddie Stern) has to practice primary series on their first week (minimum booking 1 month, maximum 3 months) regardless of what series they are on – first week primary only it’s the law no discussions nuff said. After that first week you are then allowed to practice whatever series you were doing last time you were at the shala and if you’ve never been before you stay in primary series until Sharath deems your practice good enough to move you into intermediate series. So when I say good enough what I actually mean is that you have a good understanding both physically and mentally of all the postures in the sequence. If you’re relatively new to Ashtanga the rule (in the shala )is until you are able to ‘bind’ ( ie clasp the hands behind your back) in Marichyasana D then you do the next posture which is navasana then move straight into the closing sequence of postures without even attempting the post navasana postures – see here to familiarise yourself with sequence.

Some people are ok with this some people get a little hot under the collar about it. Especially as the  (very good) argument for folk getting antsy about that rule, is that there are postures beyond navasana in the sequence that are very good for beginners (baddha konasana upavistha konasana etc) and when I say good I mean good as in appropriate or suitable.

Speaking to all the old school Ashtanga Yoga students like David Swenson, they say that Guruji Pattabhi Jois would never really stop a student from practicing the whole sequence – only in certain circumstances. I guess the main reason for allowing students to continue to practice the whole series was down to the fact there wasn’t that many students attending the Shala in the old days so Guruji would be able to keep his eye on everyone to make sure they weren’t doing anything untoward and injuring themselves. But over the years the Shala got double double busy and in 2002 a brand new shiny Shala was opened that could accommodate up 80 students at a time – the old Shala was only big enough for 12 people.  So now it was much harder for both Guruji and Sharath to be able to keep their eyes on 80 students and the above rule of being able to bind in Marichyasana D was enforced. I guess mainly to stop the newer or less experienced students from throwing themselves around the mat and hurting themselves. Makes sense to me. Also another very good reason for this rule (which also applies once you start doing other sequences eg if you can’t get your leg behind your head in eka pada sirsana in the intermediate series that’s where you would be stopped until you are able to do this posture safely and comfortably) is that it helps to keep the ‘check my practice out’ ego maniacs in check – which I’ve witnessed plenty of times in Mysore.

Unfortunately this bind rule has been applied I think too literally in the past for the wrong circumstances and wrong reasons and I for one have been very guilty of that. I remember a few years back it was just after I got my fabulous Level 2 authorisation from the Shala and I was teaching a Mysore class in Manchester. One of my regulars who used to come to every class I taught was moving her way slowly and steadily through the practice – now this lady wasn’t able to bind in Marichyasana D but usually as there were only around 10 or so folk at class I was able to help her and others navigate through the more difficult postures beyond navasana. But now I had the authorisation so I must apply the Shala rules – I explained to the student just why I wasn’t allowing her to continue beyond navasana and asked her to start the finishing sequence which she did albeit with tears in her eyes – she thought she had done something wrong. She hadn’t, but I had – big time. That was the first and last occasion that I ever stopped someone in inappropriate circumstances. (I later apologised to the student so all good!)

A few years after the above incident I was teaching someone privately at my house in Manchester. The student was going to a different Ashtanga teacher in a different area – and despite this student practicing for nearly 2 years they were being asked to stop at navasana by their other teacher. This person was able to bind in Marichyasana D (albeit on one side only) but as they started to go through their practice with me I could tell that the student had a good understanding of the practice, their body and their body’s limitations. It was a one to one situation and I felt quite comfortable taking them through the whole sequence – especially as the baddha konasana posture was going to be very good for their stiff hips.   I was able to break down section by section the 3 more difficult postures post navasana in a way that they now had a good understanding of these postures and how to do them on their own in a safe way – after all let us not kid ourselves it’s not rocket science here is it. The student loved the class so much so they booked me again the next day.

A few days later after the student had gone back ‘darn sarf’ (or was it up north , I can’t quite remember) I got a text message from him saying that his other teacher wasn’t very happy about me taking him through the whole practice. I had explained during the class why  I thought it was appropriate to take him through the whole thing and also the reasons why his other teacher might be stopping him (busy Shala perhaps) , and also as it’s a one to one it’s a safe environment -so all good in my eyes. He also mentioned that the teacher had suggested that he (should) change certain aspects about the way he was living his life which kinda took me by surprise. I told my young Padawan ( well by text , longest text message I ever sent – it was bloody War & Peace on a mobile phone) that in my opinion the only legitimate person who should be telling someone how to live their life was themselves – and that they shouldn’t in no uncertain circumstances be handing that particular authority to anyone else. He should accept and take responsibility for his own life. Yes it’s good to take advice from yoga teachers but when they are telling you need to change certain aspects of your life that you enjoy (and not in any way detrimental to your health) then you have to just let go of that advice. And ultimately give it up for what? Just so he can bind on both sides in marichyasana D .. go figure.

Buddhist teacher and academic Stephen Batchelor explains that the practice of meditation is not an end in itself but a practice so one can live a more fulfilling life – whether it’s enjoying a piece of art , a walk in the park or maybe the opera ,whatever. For me Yoga serves exactly the same purpose, yes there are physical benefits of a stronger more flexible body etc but my yoga practice allows me to enjoy more the time I spend with my family or even a fine green tea. And anyone with a modicum of intelligence will tell you that the ability to bind in marichyasana D has no bearing WHATSOEVER on how a yoga practice can impact positively on your life.

In the words of David Swenson..

Ie don’t get too caught up in what postures you can and can’t do – and certainly don’t stop enjoying life in its entirety. Allowing your life to be about one thing only can be very destabilising emotionally, physically even spirituality (if you’re that way inclined).