Is Yoga the Digital Detox of the Mind ? 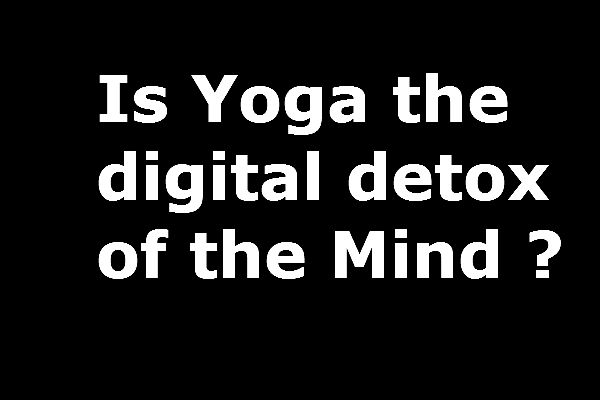 Recently, I watched a TV series entitled “Back in Time For The Weekend” where a family of 4 was ‘sent back in time’ to live through the 50s, 60s, 70s, 80s and finally the 90s. This was achieved by their house being completely changed inside to have the décor, equipment, furniture and food of the era.

The early decades showed how labour-intensive our lives were and that most of our ‘leisure’ time was spent doing physical household jobs and chores. However, as the decades progressed, labour-saving equipment began to arrive in our homes and we began to have more and more leisure time.

By the latter decades, the sheer quantity of electronic gadgetry which was brought into the house reached the point that the family rarely spent much time together socially and instead, would sit on their own watching TV, playing games on-line or interacting with friends digitally rather than in person.

As a result, the world of gyms with their racks of equipment sprung up over time to combat the fact that we were now leading increasingly sedentary lives. This in turn began to parody our lives at home: if you go to a gym now you will see people doing their own work-out on their own, with their headphones on, just as cut off from everyone else in the gym as the family was at home on their smart phones, tablets and gaming consoles!

By the end of the series, the family had come to the conclusion that they had to digitally-detox their lives so that they could start to spend quality time with each other again!

This made me realise that yoga has become MY digital detox from the stresses and strains of being a full time solicitor as well as Chair of Manchester Pride. It has become a space in my day where I can spend time away from the sheer intrusiveness of everyday life.

In the same way, it has become my detox from my previous gym life cluttered with noise, equipment, fads and malodorous moody muscle-Marys (check out the alliteration!)

In a yoga class there is no need for digital anything!! All you need is a mat!  It also brings back the social interaction of group exercise and feels like a collective effort in a ‘we are all in this together ‘ type of way!

In so many ways therefore, yoga has helped bring a new focus to my day and has brought simplicity to my exercise routine…. So much so, that I have cancelled my gym membership!

And talking of Manchester Pride…!

This is what we do: 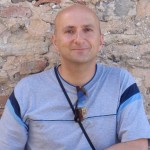 What I’m looking for in my yoga teacher