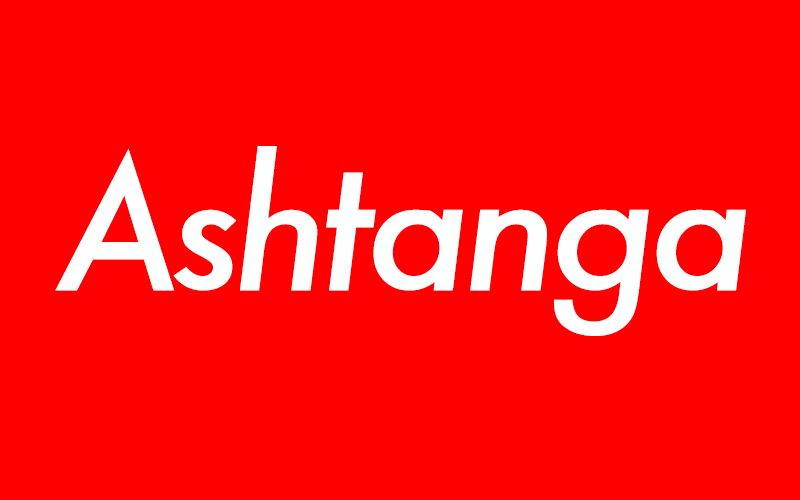 So after my last blog ‘The Supreme Ashtanga Yoga’ my wife asked me the question,

‘So why do you practice Ashtanga ?’

Her emphasis was on the ‘why’ and to be honest she knows 100 % why I do Yoga. But her point I guess was that I often write about how amazing Ashtanga Yoga is and how I always bang on about its many physical and mental attributes but I’ve never really gone into too much detail about exactly why I practice. Yes I’ve mentioned I’ve struggled in the past with anxiety and stuff which led me to the mat but I’ve never been so open about what those anxieties were exactly. So here goes.

In my late teens I used to do this very strange thing of starring at myself in a mirror- for long period of times. Now yes you might think that the words teenager, mirror and long periods of time is not strange at all but perfectly normal. Except I wasn’t checking my hair out or how many spots I had or even pretending to be Johnny Marr. I was ‘freaking’ myself out – literally going ‘through the looking glass’ and finding myself in the most strangest of head spaces where I no longer felt normal or real or even like a human being- just for kicks (man!) These sensations only lasted momentarily but long enough to scare the shit out of myself, and the only way to get back to ‘normal’ again I had to go and play the guitar or watch TV – I had to distract myself out of the weirdness. I never talked to anyone about why I did this or what exactly was going on when I did do it. I used to refer to it as my mirror feelings.

Fast forward a couple of years to my early twenties – I was living the night-life in Glasgow (that’s a whole other story that you don’t need to know about) I would be out every weekend living it up (I’m not going to go into too much detail about living it up , if you’re unsure what I’m talking about here google house music culture early nineties ) On the back of one particular heavy night I can only describe what happened to me as a minor panic attack. Now the minor panic attack whilst being extremely unpleasant at the time, turned out to be a walk in the park as to what was to follow. Over the following weeks I started to feel more and more strange, weird – detached from everyone including myself. Yes it was the exact same symptoms as the mirror feelings, but this time it wasn’t going away and the weirdness got worse, and worse and well before long I was in a state of complete and utter terror. Now unless you’ve ever had a panic attack or similar or perhaps a bad trip (man) then you probably have no idea what I’m talking about or can get a sense of this state of mind. This went on and on and on for weeks then months until I ended up having to move back to Manchester. I saw more psychiatrists and psychologists than you can shake a stick at – I was prescribed like a million different types of medication that did NOTHING! I even spent 3 days in the psychiatric department at Stepping Hill Hospital – no kidding – the doctors were at a loss what to do with me so they admitted me for ‘observation’. The only good thing that came out of this ‘observation’ was that I observed that I wasn’t as nuts as some people! Oh and one other thing I finally had a name for the condition I had.. it was called ‘depersonalisation’ (DP). No-one in the medical profession really knew exactly what depersonalisation was. There wasn’t any particular reason to why one person gets it and one doesn’t. A troubled childhood probably contributed to why I got it – and ‘dabbling’ with recreational illegal medicines (ok drugs!) didn’t help either.

Depersonalisation Google will tell you is

‘a state in which one’s thoughts and feelings seem unreal or not to belong to oneself, or in which one loses all sense of identity’.

But to be honest, that doesn’t do it justice. It is pure and simple ‘hell on earth’ I kid you not – ask any of my family or close friends. The philosopher Sartre wrote a book about it – aptly called The Filth , Hollywood made a film about it , Numb* starring Matthew Perry. If you’ve got half an hour to spare read this for the low down.

So thus began a pretty awful part of my life battling with my mind. Apart from traditional western medicine I tried pretty much most eastern ones too. Acupuncture, homeopathy even drinking rain water that had been taking from Stone Circles – I kid you not. If someone had said to me ‘Hey Matt, stick these hot pins in your eyes it will help you’ I would have not even questioned it I’d be writing this blog with an eye patch.

I got to the age of 30 with no clear signs of progress with either therapy or treatment when a friend suggested I try Yoga. This is absolutely true – I had no idea what Yoga was, but given that I was up for trying anything, Yoga was to be my next hopeful attempt at achieving some kind of sanity.

My first class with my very first Ashtanga teacher Mike Nevitt nearly broke me – I have no idea what made me go back to be honest. Well apart from that I noticed a very small change of perspective. I think initially it was the pure physicality of the practice that helped. Depersonalisation is neither depression nor anxiety, but the utter terror it created made it a bit of both. You feel completely unreal which was very anxiety inducing which made it worse and in turn created more anxiety – a vicious circle. I remember talking to one rather patronising doctor who was asking me if I was a little depressed to which I replied ‘The only reason I’m depressed Doctor is because I’m feeling fxxking unreal’ ( Apologies for expletive but I wanted to make the quote exact). The physical nature of Ashtanga would literally wear me out, so that the anxiety had nothing to feed on.

Over the next few months I started to practice Ashtanga Yoga more and more, and no it wasn’t all of a sudden life was peachy again, it was more like the feelings were slightly less intense. I remember after 6 months a friend of the family asked me what type of yoga I was doing – I literally had no idea that there were more than one type of yoga. This person had to describe a few different yoga disciplines before they started talking about this form of yoga which require a lot of jumping about – ‘That’s it’, I can remember saying ‘The jumpy one’.

Within 12 months of starting Yoga I had my bags packed and was off to Mysore to study with Guruji and the rest they say is history. I wouldn’t say that Ashtanga Yoga was this miracle cure but it wasn’t far off. I still get bouts of the DP now and again but I’m ok with it – I do my practice and it helps to keep the wolf from the door. So I know I bang on a lot about Ashtanga Yoga being Supreme but there you go I think I’ve got very good reason to.

That’s why I practice Ashtanga.

* The director of this film Harris Goldberg also had chronic Depersonalisation and wanted to draw public attention to this little known disorder he was suffering from. In a very ironic quirk of fate the marketing ads for the film got changed from Matthew Perry (the main character in the film) having depersonalisation to him being chronically depressed as Joe Public could understand what depression was but not depersonalisation.

My Experiments with Ashtanga Yoga Part Two by Matt Ryan