Grumpy old men should get their Asanas on a mat 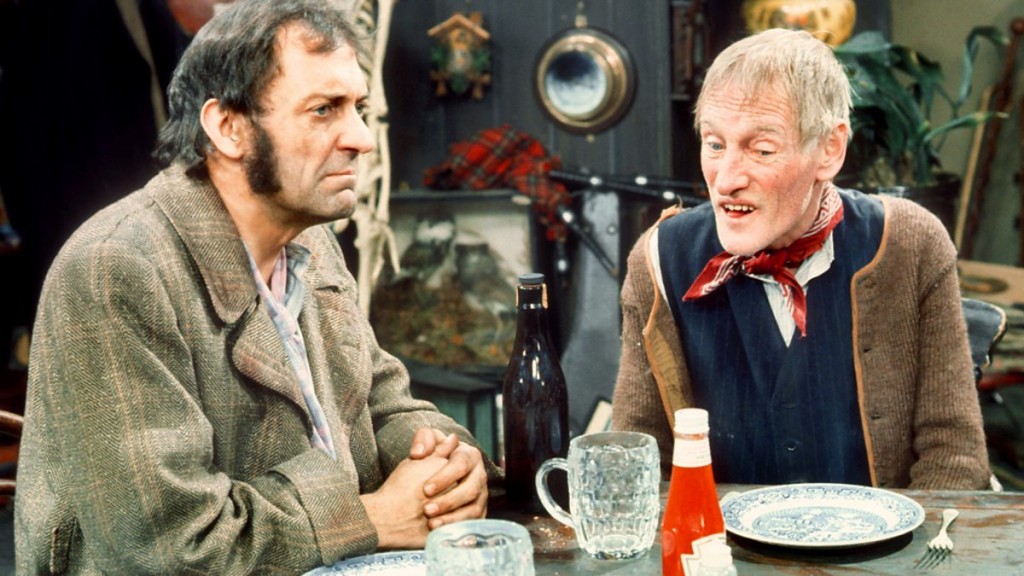 One particularly difficult to reach sector of the population, from a health care perspective, are middle aged to older males. We grumpy old men tend to battle on and bottle things up and it is not until things start to go wrong that we pitch up in the doctor’s consulting room. Yoga clearly has lots to offer across the board to all ages and abilities, with both physical and psychological benefits. I think it’s worth exploring how men of a certain age could profit from getting their asanas on a yoga mat and channeling their prana in a more positive direction. It seems to be a rite of passage that happy-go-lucky jokers morph into miserable old codgers soon after the age of 40. On a more serious note, mental health problems such as anxiety and depression in this age group are common and often masked. So this advice applies to half of the population sooner or later…

It is not just the individual in question who will reap the rewards of the cornucopia that yoga provides. Grumpy old men have an uncanny ability to manifest their negative auras as a dirty rain cloud, which can dampen the enthusiasm of those of us with the sunniest dispositions. If there were only some way to shine a little metaphorical sunlight on our grouchy male friends, relatives, colleagues and companions … Well surely the Light of Yoga has something to offer here. Many of you no doubt fear that the power of yoga to bring ultimate serenity to us old codgers may have met its match when pitted against our persistent low level griping. A yoga mat is not a magic carpet after all. However resistant to relinquishing our crotchetiness we grumpy old men may seem, it appears a good yoga session may bring subtle benefits to us as individuals and more importantly to those than surround us.

Dr J’s wife blissfully recounts “the dear old goat has been doing yoga for years. He’s no good at it and has made precious little progress. But I rejoice when he takes to his mat each day because I get an hour and a half of peace and quite which is free of pedantry and undermining sniping.”

Mr E’s colleagues have noticed that, this usually gauche and self-absorbed old gent improves his disposition after a good head-standing session. Some of the common decency and sense of compassion for his fellow human beings that leaks out of his head when he is upright seems to trickle back in during his inversions.

Mr R alarmed his passenger by his deranged ranting at the satnav whilst they were stationary on the motorway. The situation was alleviated by the suggestion that Mr R do some seated twists and pranayama until the traffic began to move again. Thankfully road rage incidents were narrowly avoided and cordial relations with the satnav were restored.

These little case studies just illustrate some of the mental health improvements that yoga can help to bring about. The physical wins for men in their 5th decades onwards are also clear: preserving joint mobility reducing arthritic pain and cardiovascular health improvements to mention but a few. What is important here is the positive impact yoga practice has not only on us grumpy old men but on those around us too. You readers no doubt will have candidates in mind to whom you would like to suggest some yoga. Some pranayama may diminish the patronizing sighs. This supplemented with a good warrior sequence might just attenuate the need for them to launch into battle with everyone they converse with. Get your grumpy old men on a yoga mat. It is for their benefit and yours. But they might need a bit of encouragement.