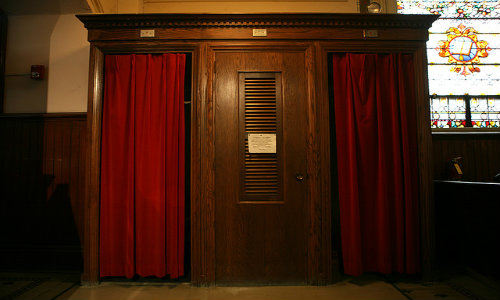 My name is Jenks and I am a Bikramoholic. It’s been 14 months 3 weeks and 2 days since my last Bikram class. I relished the highs Bikram was giving me and I ignored the down sides; until they caught up with me. Abstinence has been tough but I’m making progress.

Seductively the Bikram style fitted around my timetable and my lifestyle: the studio was high spec with plush sofas and state of the art shoe racks. The colour scheme even exceeded expectations. The rubric on the heating system with stats about temperature control, CO2 to oxygen ratios with humidity sensitivity blew my inner geek brain. The challenge of just staying in the hot room wooed my overachieving personality traits. Then there were the mirrors, oh the mirrors..! Initially I came to class just now and then; classes felt wholesome and healthy. It’s just yoga right? I thought I could handle it. But it was not long before the marketing strategies took hold. Once a week practice turned into the 30-day challenge and I was sweating almost as much out of class at the thought I might miss a day. Realisation was dawning that things were not quite as squeaky-clean as they first seemed.

Getting hot and sweaty became a guilty pleasure. Reality being suspended for the duration of a Bikram class, I cheated on my white-collar world and was hiding from life (stripped naked to the waist drenched in perspiration) rather than enhancing my life. Progress in my postures arrested. Aggressively pushing, pulling and overreaching was causing grumbling injuries and frustration rather than the deepening connection of mind and body facilitated by the breath, that yoga had promised.

Several things conspired to tip the scales and help me kick the habit. I was feeling one-dimensional after class. Bikram was just exercise; yoga-lite with none of the other elements of yoga that my mind and body craved. There was a complete lack of balance. Man I badly needed to do a headstand to restore that balance; no go in Bikram. Why was I even going to class? I could have just gone to the gym and done the same workout day in and day out. Self-loathing burgeoned as I began to check out yoga bodies with furtive glances at reflections in those mirrors, oh the mirrors! What was going on with the throne thing up on a little dais? Was I enjoying being dominated on some level? The final straw was when I caught myself mulling over whether to show up for class in a skimpy figure hugging bathing costume, perhaps with a little gold detailing running through it. Holy crap the whole programme had me turning into Mr B himself! My head was becoming more messed up than before. I needed a different approach other than Bikram and I knew it was time to bail.

So now I am back on track with an 8-limbed recovery program. My daily practice has balance; headstands as often as required with breath mind and body back in sync. My new teacher does not judge me. I hope you don’t judge me either.