My Experiments with Ashtanga Yoga Part Two by Matt Ryan 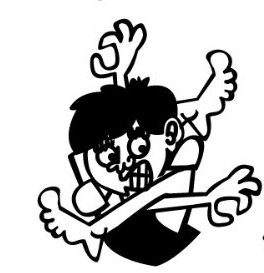 I’ve spoken about this subject quite a lot recently, after my last piece one student mentioned that it was hard to untangle the idea that somehow being more flexible i.e. the ability to get your leg behind your neck etc equals being more advanced in a physical yoga asana practice. I must admit this is made all the more difficult when the sequences in the Ashtanga System are referred to numerically e.g. first series, second series, third series etc – sometimes the 3rd,4th , 5th and 6th series get categorised as the ‘advanced sequences’. I guess one way of looking at it is this: are you practicing yoga to look good or feel good? You can see the obvious pitfalls of practicing yoga to look good as then practice becomes ALL about whether you can get your legs behind your head where as if you’re practicing to feel good you instinctively know it makes NO DIFFERENCE WHATS SO EVER if you can get your legs behind your head* or not.

Looking at the history of Ashtanga Yoga and the genius of its creator Krishnamacharya one could see that this problem of wanting to look good could have started way back in the early 1900’s.

Tirumalai Krishnamacharya (TK) was a yoga pioneer a man with a phenomenal wealth of knowledge about the various practices of yoga – a majority of modern day yoga practices can be traced back to either his creation or his influence.

In and around the 1920’s in the city of Mysore, South India the practice known today as Ashtanga Yoga was created by Krishnamacharya. There are schools of thought that believe this practice that TK ‘evolved’ and passed onto his student and another incredible yogi Sri K Pattabhi Jois ‘Guruji’ is over 5,000 years old, but for me the authenticity of a yoga practice (Ashtanga or otherwise) should not come from how old you think it is but if it actually works. If the answer to the latter is a resounding YES then the question of how old the practice is, is irrelevant.

To spread the good word of his teachings around the country, TK would take groups of his students to small towns and villages and then lead them through a demonstration of yoga postures in front of the locals  and hey presto the aesthetical wow factor of advanced yoga postures was born. Now I’m pretty sure TK used these demonstrations to get the attention of people to turn them onto the possibilities of a physical yoga practice and not to start a trend in people wanting to compete with each other like Yoga B-Boys (or Girls!)  Indeed this last point was emphasised by Guruji some years later when he made the statement..

It would be fascinating to chart the rise of Ashtanga Yoga and it’s off shoots (vinyasa style yoga etc) in the west to see if there was a specific tipping point, a sudden mass turning of light bulbs above heads moment as our ‘must win’ western DNA registered a potential achievement based yoga system. Blinded by the aforementioned titles of the sequences yoga students being sucked into a vortex of postural mistaken identity, ‘if I can manage leg behind head that equals being advanced’ rhetoric. I wonder if Ashtanga would be as popular if the sequences had a re brand, so instead of the ‘advanced series’ we would be presented with ‘for those with loads of time on their hands sequence’ or perhaps ‘the really really really flexible series’?

This is not a broadside at Ashtanga Yoga – far from it – I’ve been practicing this form now for over 15 years and the impact it has had on my life –physically and more importantly mentally is unbelievable. In one sense the question of how to untangle being advanced from being more flexible is the paradox of Ashtanga Yoga that perhaps can only be concluded not through intellectual understanding but by getting on the mat and working it out for yourself. There are teachers like Australian Matthew Sweeney who have a lot to say on this subject. Matthew elucidates about the Ashtanga practice in a very coherent and logical way, his recent blog on the evolution of Ashtanga Yoga for me is essential reading for any yoga student.

There is another potential ‘spanner in the works’ with the many meanings attached to the word Yoga. The original meaning of Yoga was one of the six orthodox schools of Hindu Philosophy – nothing to do with physical stretching or breathing, but a system to achieve Samadhi (to become one with the divine or spiritual enlightenment). Fast forward 2,000 years or so the meaning of the word Yoga has become very different. Most people in the west would now associate the word yoga with a physical discipline of stretching and breathing exercises. The reasons for this change in meanings is too convoluted to explain here  but if you are interested in  why this happened pick up a copy of Mark Singleton’s excellent ‘Yoga Body’ book . So present day the spiritual aspect of Yoga has now been ‘grafted’ onto the physical practice and there’s this idea in some circles that the more you can stretch the body equals the more spiritual you are- which to anyone with at least half a brain cell is just plain daft. Yes the physical practice of yoga does make you feel good so in turn you are more likely to buy the big issue or agree with your partner about the colour of the paint in the kitchen, but this sense of wellbeing has nothing to do with how flexible you are – none. And nor does the ability to do advanced series elevate you to a higher plain or somehow give you the meaning to life or the key to all things esoteric – you are rewarded with a more strong flexible body – and that’s it- which begs the further question just how flexible does one person need to be anyway?

It can be so easy to get caught up in ‘it’s all about me’ – my yoga practice, my leg behind my head on my yoga mat …this me ness (just missing an ‘a’ perhaps) was highlighted beautifully by George Harrison in his song ‘I Me Mine’ (apparently the song was about the egos in the Beatles which ultimately split the group up). But life as we know it my good people is a team game, and we all know the cliché about there not being an ‘I’ in team. Let’s look at our yoga practice not in what it can do for us, but what can it do for us to help others. Can we use this sense of wellbeing our yoga practice creates to forget about me for a moment and to help us think about the rest of the stuff that goes on outside of our 6 foot by 2 foot purple / blue / green / shocking pink yoga mat…

Ashtanga Yoga teacher David Swenson likens practices like yoga pranayama meditation etc to a farmer tilling the soil on his land, so whatever goes into the soil (or the yoga practice etc ) will be cultivated. So if your practice becomes ‘all about me’ then that is what will be cultivated but just more of it. If you are able to move away from ‘me’ and have a sense of helping everyone else then that too will be cultivated, so it becomes self-fulfilling. New York Ashtangi Eddie Stern says ‘Yoga helps you to be a better you’.

David Swenson has a wonderful true story about how he left home to search the world for the most spiritual people and practices , and after some time he realised that the most spiritual people he knew were actually his own parents , neither of whom had done a day’s yoga practice in their life. Yoga can help shape and change your life for the better, but more importantly it can help you have a positive impact on those people around you family and friends. And through the ripples of the universe these positive powerful seeds of our actions will spread to everyone everywhere.

*  I’ve mentioned a few times about leg behind head in the above as if this posture was the ‘crowning glory’ of a physical yoga practice. It’s not, it’s just another yoga posture.

Yoga Manchester goes to the Houses of Parliament by Dr. Matt Joslin