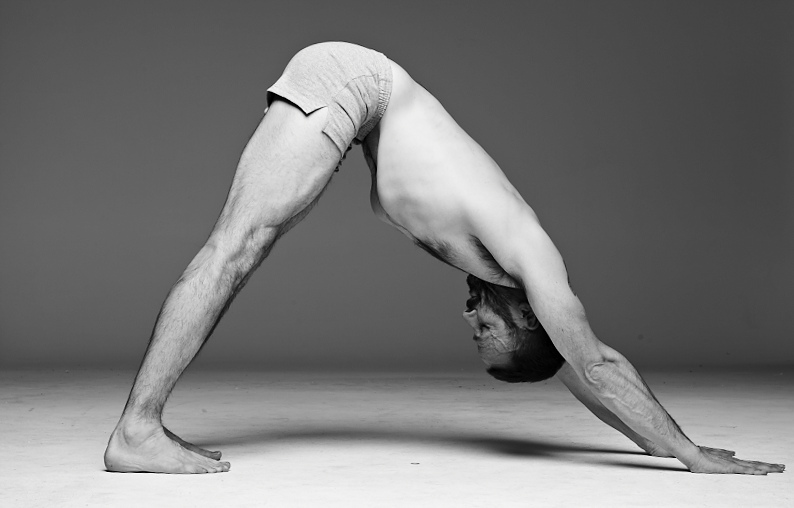 The full Primary Series can take up to two hours to move through in entirety. For most people, trying to find a two hour slot in a working day is a near impossible task. This simple ‘short-form’ ten minute practice is ideal to keep the daily Ashtanga Yoga routine going throughout the week.

I’ve put the sequence together in this video using the traditional Sanskrit counted vinyasa method as devised by Pattabhis Jois. Guruji explains the meaning of vinayasa as this:

‘Vinyasa means breathing and movement system. For each movement, there is one breath. For example, in Surya Namskar there are nine vinyasas. The first vinyasa is inhaling while raising your arms over your head, and putting your hands together; the second is exhaling while bending forward, placing your hands next to your feet, etc. In this way all asanas are assigned a certain number of vinyasas.’

I encourage students to establish a home practice with the aid of the video. Most students find it difficult to roll their yoga mat out away from the classroom for many different reasons – one of the main being the inability to remember the Ashtanga Yoga sequence.

Try to use the video every day. Once the daily routine is in place, you can also start to add in some standing and seated postures to the sun salutations. These additions will be featured in the next Yoga Manchester ‘Ashtanga Yoga at Home’ video.

Matt Ryan has been authorised ‘ level 2 ‘ to teach the Ashtanga Yoga method by the late Sri K Pattabhis Jois and Sharath Jois of the KPJAYI. The KPJAYI is the only valid organisation to issue teaching Ashtanga Yoga authorisation.